The Arctic Seaport of Pevek, the most northern port of Russia of federal importance located on the Northern Sea Route in the the Chukotka Autonomous District of the Russian Federation, currently has strategic importance in terms of cargo traffic.

The Seaport of Pevek is one of the largest ports of the Northern Sea Route, which accounts for more than one quarter of total marine shipments to Chukotka and accepts all general cargo of companies operating in the Chaun-Bilibino industrial hub (Picture 1). 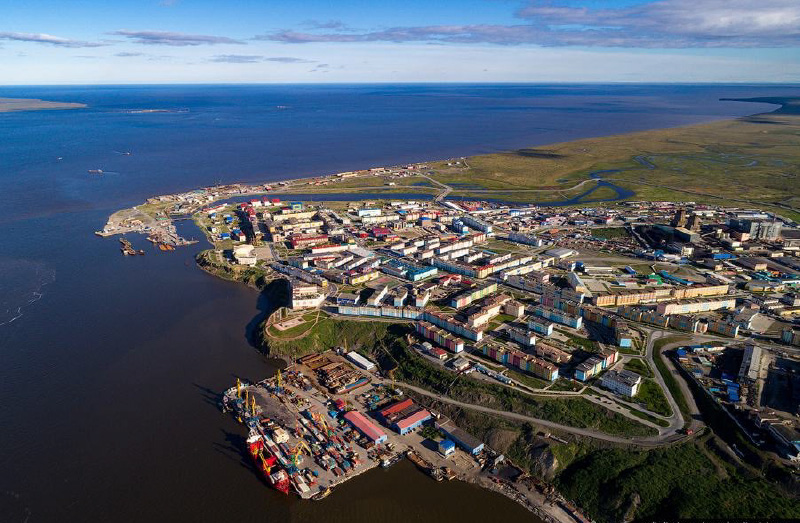 Brief information about the Seaport of Pevek:

The port has an area of 19 ha. Berth extension is 500 metres. There are five anchor holds with a depth of 15 to 30 metres. The territory and water area of the Seaport of Pevek are included in the boundaries of the Free Port of Vladivostok (Picture 1). Currently the seaport is undergoing modernisation. It is also included in the comprehensive plan for the main infrastructure modernisation and expansion, which will last until 2024.

It is worth reminding that the development of the Northern Sea Route and increase in its cargo turnover to 160 mln tonnes are one of the national priorities included in the plan "On National Goals and Strategic Development Tasks of the Russian Fedration until 2030". Due to the fact that the Seaport of Pevek is located in the Chukotka Autonomous District being the Eastern borderland of Russia (bordering America in the East) and has unique natural resources of gold, tin, silver, antimony, ore, copper, molybdenum, lead, zinc and other mineral deposits, a five-fold increase in its cargo turnover is expected in the upcoming ten years. In view of the above, the cargo turnover of the Seaport of Pevek is expected to grow by up to 2 mln tonnes by 2026 compared to the current 300,000 – 350,000 tonnes. This will contribute to the development of the region's industry.

The most Northern Arctic Seaport of Pevek is of critical importance in terms of cargo traffic along the two main directions: Western and Eastern. Already now, DAS GLOBAL LOGISTIK regularly arranges large-scale deliveries of oversized equipment and machinery for mineral extraction to the largest deposits of the Chukotka Autonomous District (Picture 2) using a consolidated warehouse in Arkhangelsk and Vladivostok. 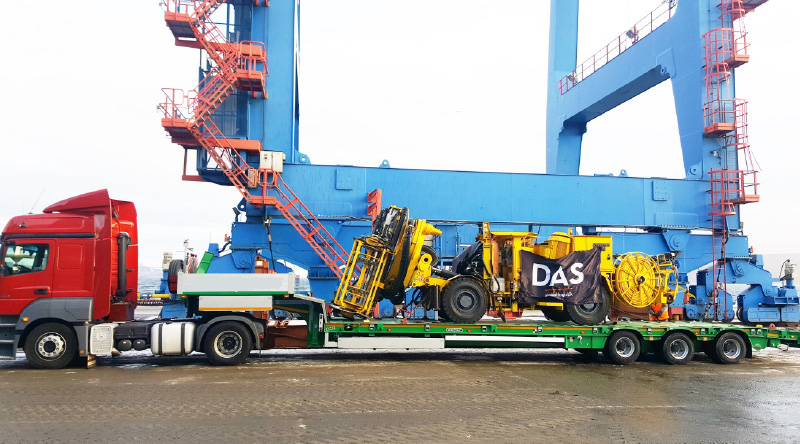 Since Chukotka does not have any rail or road connections to other regions of the country, maritime transport remains the most convenient and promising mode of transportation in the region. In addition, DAS GLOBAL LOGISTIK offers airfreight and organises the delivery of consolidated cargo (automotive spare parts) to Pevek and Bilibino.

The route starts in the Western Region and passes through the ports of Murmansk, Arkhangelsk, Sabetta, Tiksi to Pevek and back. The Eastern direction includes the ports in the Far East of Russia, PRC, USA and the Repulic of Korea.

"The Commercial Seaport of Pevek has become a modern, highly mechanised, large port on the Northern Sea Route and occupies a strategic position in the Eastern sector of the Arctic, above the Arctic circle. Being an international logistic company we know perfectly well the specifics of the equipment and machinery shipments to the most remote regions of Russia, including copper, gold, ore and nickel deposits. Thanks to the solid logistic team of its Project Department, DAS GLOBAL LOGISTIK processes large volumes of cargo traffic and not only minimises the costs due to properly planned logistics routes, but also complies with the delivery dates."

DAS GLOBAL LOGISTIK delivers large volumes of industrial equipment by sea to Chukotka and is engaged in the transportation and customs clearance of general cargo for the companies operating in the industrial deposit hub (Picture 3). Navigation in the Seaport of Pevek is open from June until November.

The expert team of DAS GLOBAL LOGISTIK has a vast experience in logistic projects for outsize logistics projects to various industry sectors in Asia, Europe and the USA. Find out nowwhich Pevek seaport shipping solutions we can offer for you.